Well Tyler decided his nice haircut from last week needed a little something else, hence the big chunk out of his bangs.  Apparently he did it on Saturday, but I don’t think we noticed it until Monday evening.  We didn’t really notice at first because he has a big cowlick there.  He said he didn’t use the big scissors, but the tiny (trimming) one that I keep in my makeup bag.  I finally asked him today why he did it and he first said he wanted them shorter and then he finally said he wanted to be like Brook.  Brook is the little 3 year old sister of Tyler’s best friend Taylor from his class and our neighbor.  Taylor decided to do a real number on his sisters bangs and sides of her hair and a little off his own bangs.  Taylor’s reasoning for his cutting incident has to do with an event that happened at school.  Their was a fundraiser for a teacher with breast cancer.  If they raised a certain amount a few faculty would shaved their heads in front of the school.  Well it isn’t the first time this has happened.  If I hadn’t just got his haircut, I would just take him back in for his short summer buzz.  I just wanted to wait until school was out. 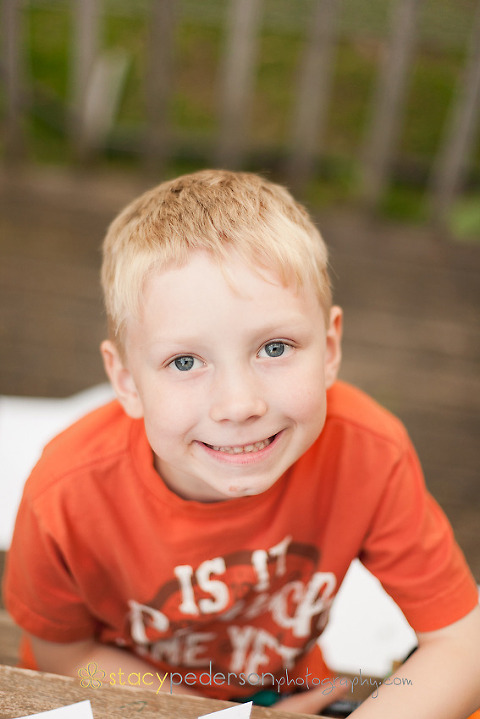