Mother’s day weekend we went to Brainerd to the waterpark with my sister-in-law, brother-in-law and family.  The boys had a blast. We usually go to The Lodge, but went to the Holiday Inn 3 Bears Waterpark this time.  It was the first time we have been there and felt a little more at ease there not having to worry much about the boys.  It took Collin a long time to warm up to going beyond the water jets that shoot up, but finally came out of his shell after lunch and even more before our day was done.  He is always so cautious, and am surprised I even convinced him to go down the red kiddie waterslide.  Collin doesn’t usually like to go into deep pools, but even did that this time without freaking out and even floated without someone holding onto him.  This time around Tyler had no fear.  He was going down waterslides by himself and swimming in the shallow end without his life jacket.   He really had fun crossing the beavers and turtles.  He insisted on jumping from each one instead of using the ropes. Maybe next time we will actually get Collin to go down the big slides.  It was nice to be able to take the film camera and not have to worry about my expensive camera and lenses.  I am happy that I finally got some good film that I like.  It sure makes a difference over the retail/drugstore film.    It helped that there were some nice big windows around the facility.  These were shot with Kodak Porta 400 with my Minolta 50mm lens around f/2.8 and 3.5.  It has much nicer colors than the two rolls I previously shot. 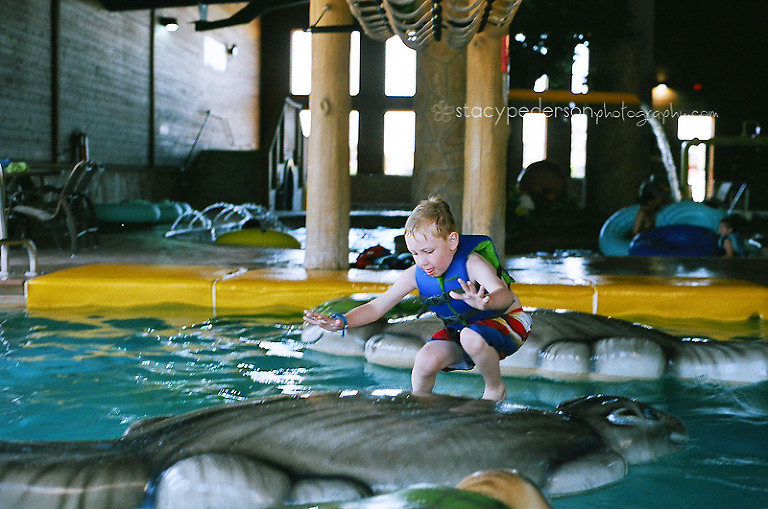 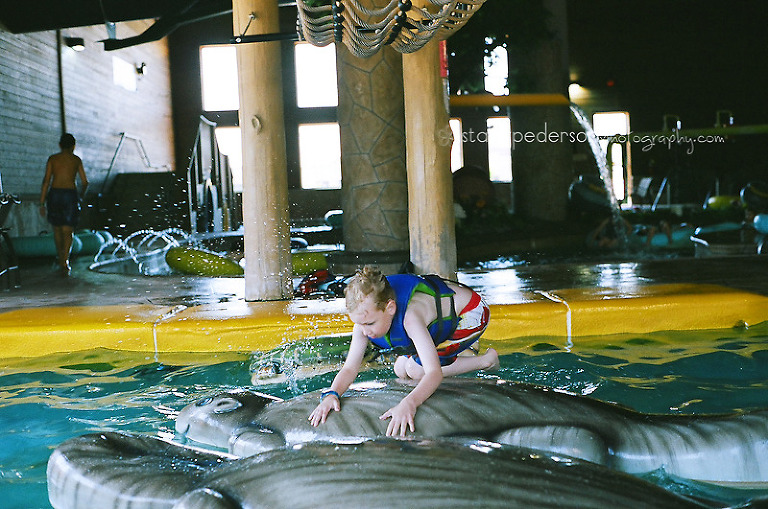 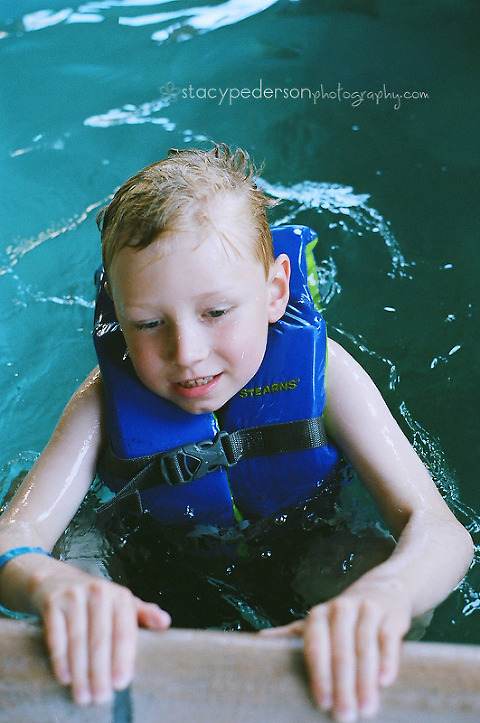 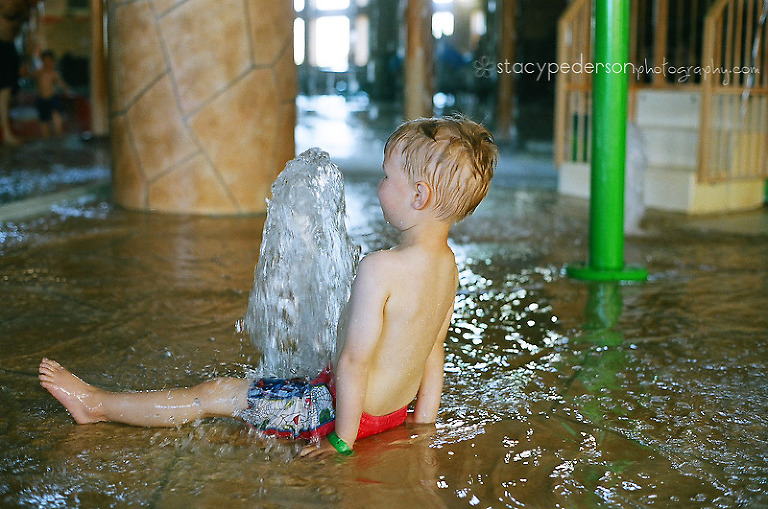 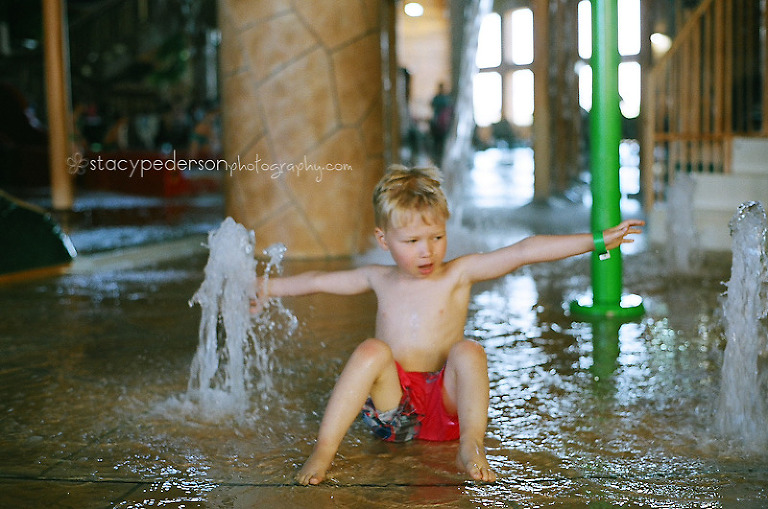 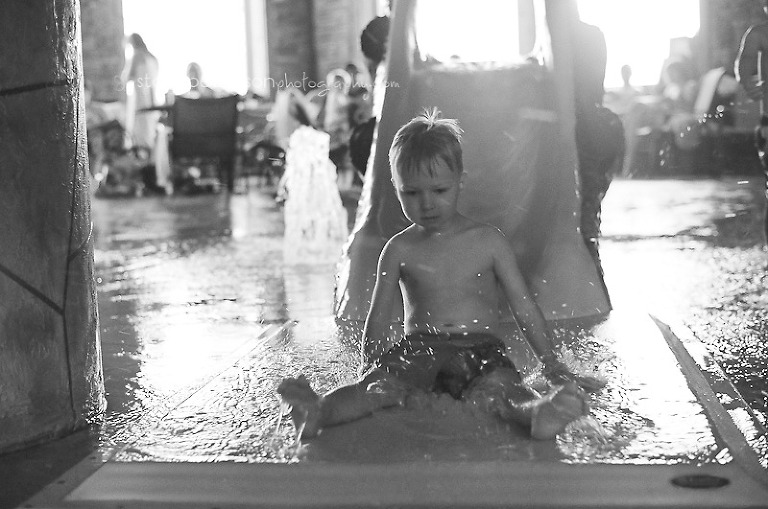 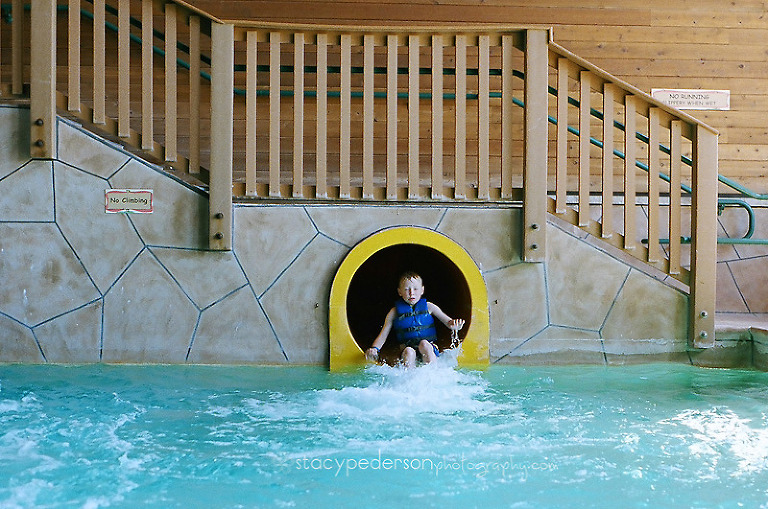 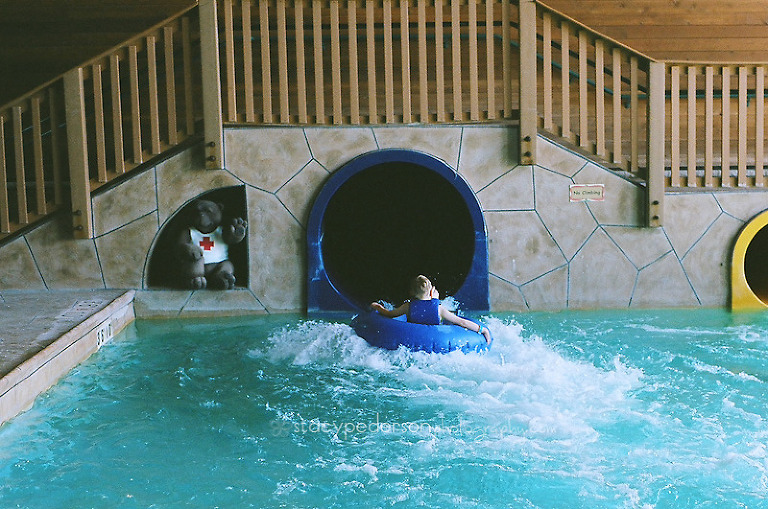 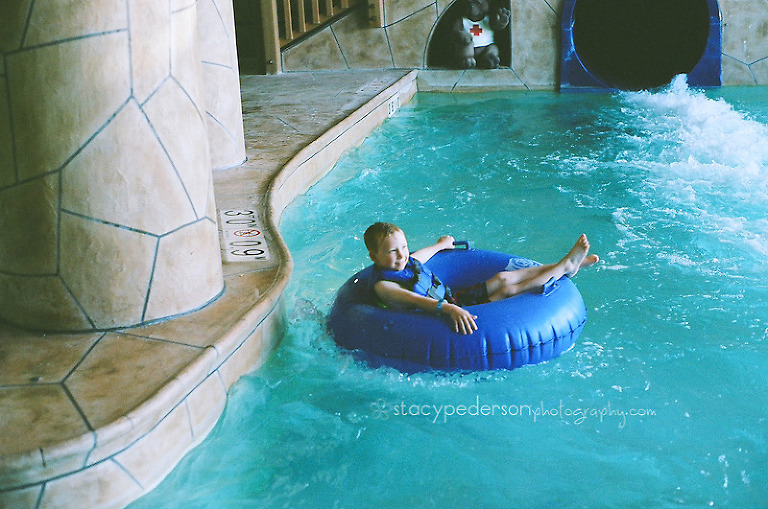 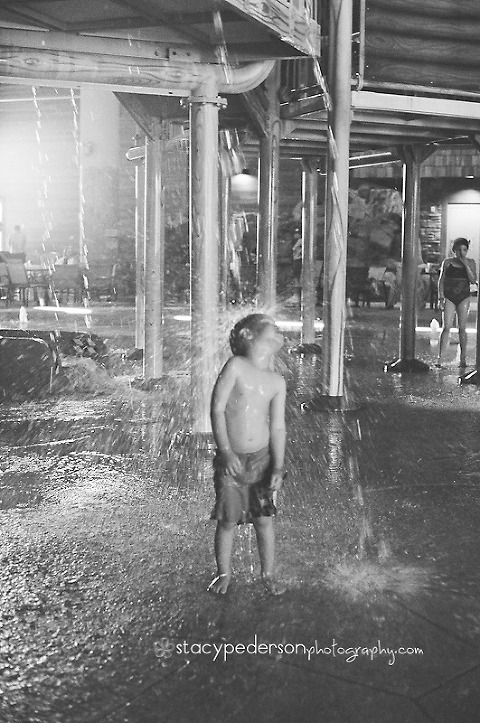 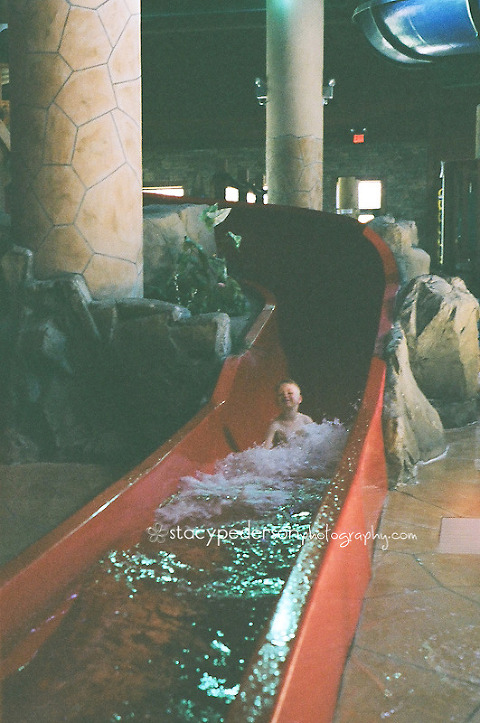 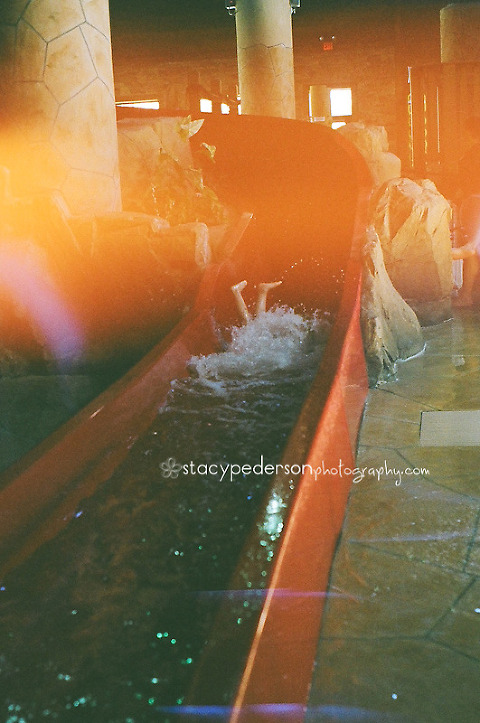